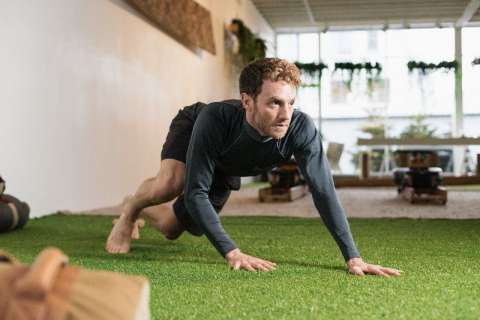 Even more so than in the past, this year, ForumClub 2018, Gallery edition, will be an event not to be missed for entrepreneurs and professionals in the fitness, wellness and aquatic sectors, who will protagonists of a three days devoted to innovation, business, and training, as well as networking.

The location, the Hall 33 of Bologna Fiere, new and exclusive, will offer a direct and functional access to the event which, for the first time, will take place on Wednesday (February 21st), Thursday (February 22nd) and Friday (February 23rd), giving up Saturday. A conscious decision in line with the most important trade business to business events organized on an international level.

On the wave of the excellent results accomplished last year, ForumClub will propose the second "episode" of Functional Lab, the exhibition, technical and cultural itinerary focused on the functional interpretation of physical exercise, which, due to its global widespread and complexity deserves moments of reflection. Conference sessions, panel discussions, and workshops will analyze the state of what has become one of the constituent elements of fitness and its constant evolution, as evidenced by the continuous emergence of new concepts and new formats.

The b2b meeting's agenda, between exhibitors and buyers, the speed presentations, which allow companies to display their new products to visitors, as well as the insights offered by the Open Program organized directly by ForumClub, in cooperation with Associations and Corporations, will be a major plus of an event that it will favor the synergy between its various - and at the same time interdependent - souls.


Read More
BACK TO ALL NEWS